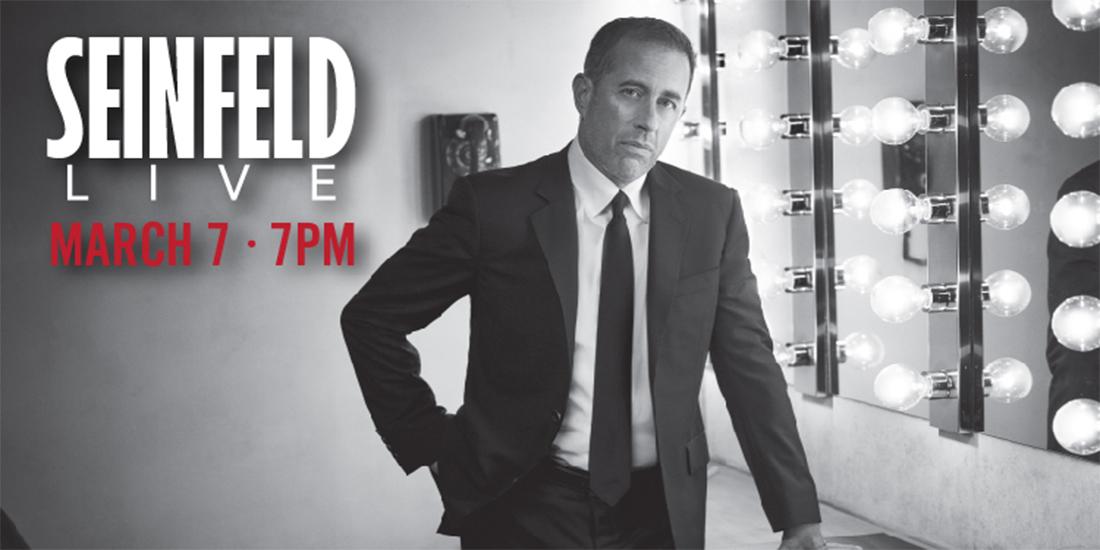 Seinfeld has been hailed for his uncanny ability to joke about the little things in life that relate to audiences everywhere. His latest projects include the Emmy nominated web series, Comedians in Cars Getting Coffee, and his Netflix special Jerry Before Seinfeld. Seinfeld continues to perform both nationally and internationally.

Seinfeld made his Netflix debut with the original stand-up special “Jerry Before Seinfeld.” His latest project on Netflix is the Emmy-nominated and critically acclaimed web series “Comedians in Cars Getting Coffee,” which has garnered over 100 million views, and which the New York Times describes as “impressively complex and artful” and Variety calls “a game changer.”

THERE IS AN 8 TICKET LIMIT FOR THIS EVENT